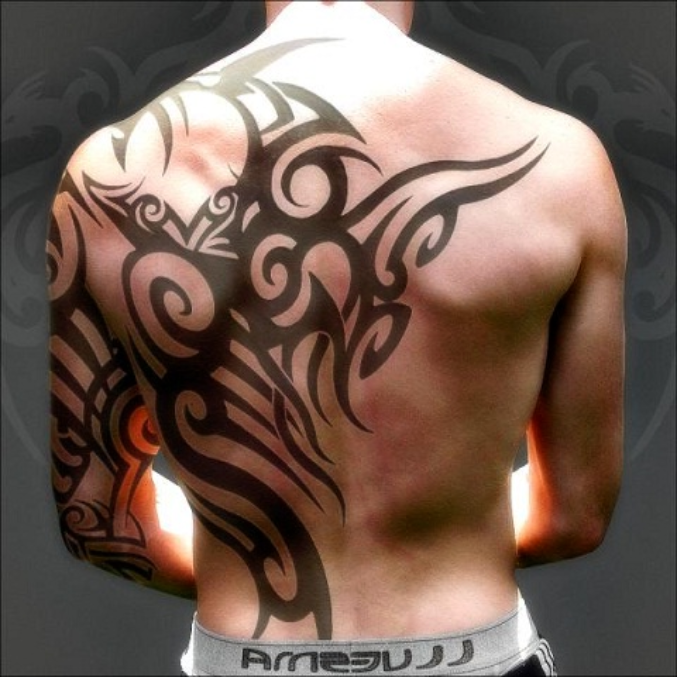 There are so many types of tattoos that you will be confused to decide on one. From being pleasing to sharing stories of heritage you have to be sure that the tattoo express who you are. We have picked up some collection of the best tribal tattoos that men can put on their shoulders.

Tattoos have been a very important part of the Filipino community over 500 years. Historically known that tattoos protect you from your enemies, this kind of tattoo is aesthetically pleasing. Filipino tribal tattoos are more approachable and unique than some other forms of tribal tattoos with simplistic designs that complement the body and linear strokes that flow around the designed area.

Africa is known as the home of tattoos and storytelling and when it comes to their tribal tattoos their many types that meet the eye. These pieces represent the strength of you or whoever is wearing it. Mostly these tattoos do tell a story even history shows that tribes had this purely of aesthetic purposes. The African tribal style is heavier on the shading and more of a statement piece than others.

Hawaiian tattoos have been seen as a softer approach to the tribal tattoo game. Ocean heavily influences the Hawaiian culture and it’s only natural that their tattoos complement. This kind of tattoos is ideal for guys who love to hang out around water and the outdoors.

There is more than 1000 tribal in Polynesia a lot of their tattoos have allowed too little bit creative freedom with what you decide to get. This traditional tattoo is very pleasing to the eye with black ink and a mixture of negative space. The style of tattoo has a significant meaning in the Polynesian culture so before getting one tattoo research the meaning of that tattoo.

This was also used for aesthetic purposes as used by Africa and considered as a more impressive alternative to jewelry and accessories. Traditional Indians’ tattoos are a symbol of power and strength. Traditional simplistic designs range from straight lines to Indian gods which great for larger pieces.

You will see a number of tattoos in Native American tribal tattoos. With this style, you will see a mixture of wolves and totem poles which are awesome symbols of virtue. There is also a theme of dreamcatchers in American tattoos which also look great.

part of the Polynesian category but it has its own unique flair. Samoan tribal tattoos also have different meaning but it depends on the person and style getting the piece. Each symbol in your tattoo can also have multiple meanings. These tattoos are the collection of seriously cool artwork.

These kinds of Indian tattoos are very striking and powerful. These tattoos also have many symbolic meanings. It’s very hard to identify the traditional tattoos however these tattoos worth looking. These collection of tattoos are more colorful and worth than other tribal design.

People think about Celtic tribal tattoos as a flash sheet at a tattoo parlor. These tattoos have mastered the art with some of the most popular tattoos. This is a great entry-level tribal tattoo with simplistic air like swirls.

Mexi fantastic art scene and quirky tale on life translate to their tattoos. It’s very easy to pick and choose the style when it comes to Mexican tribal tattoos. You can make your piece unique from their great architecture. Mexican style is less intimidating than another style with creativeness.

These tattoos are less popular as compare to others but their alphabets make them a little bit unique. Alphabet rarely being seen in modern tattoos your design will be unique with these alphabets.

These tattoos vary largely according to the area. The Irish and tribal tattoos are very similar in design. These tattoos large areas of your body with heavy shading. These kinds of tattoos won’t go out of style always look very quirky & traditional.

Best Exercise to do in winter 2020